Building A Defense Against A Drug Trafficking Offense

The United States has been at a war against drugs for a long time, which is why getting caught selling drugs comes with a stiff penalty. If you were caught trafficking drugs and do not feel hopeful about your future, something can be done to make the situation less tense. You will need to do everything possible to build a defense for the crime you committed, including hiring a private lawyer to take over your case. Lawyers are trained to think outside the box when building a defense for clients. Your honesty during a consultation with a lawyer will play a role in how well he or she is able to argue your case against the prosecutor in court.

Were You Forced to Traffic Drugs?

Although there is no excuse for trafficking drugs, sometimes being in an abusive or fearful situation can lead to such a crime being committed. For example, if someone is in a relationship with an abusive drug dealer, he or she might commit crimes due to being threatened. If you are asked about your relationship during the consultation with a lawyer, be honest no matter how fearful you may be. You will still get penalized for committing a crime, but a lawyer can use your situation to fight for a lighter sentence. A lawyer can also speak to the authorities about putting you under protective custody if it is necessary.

How Many Other Crimes Have You Committed?

Do You Feel Remorseful for Your Crime?

The worst thing that a defendant can do is show arrogance regarding the crime that he or she is charged with committing. On the other hand, showing remorse can add to building a strong defense and increase the chance of receiving a lighter sentence. If you are regretful about trafficking drugs, be sure to express your feelings to a lawyer. 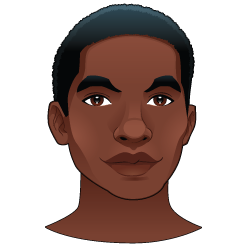